Army TES(Technical Entry Scheme) Selection Process: Indian Army provides opportunity to the candidates aspiring to become an officer in Engineering Core of Army twice a year through Indian Army Technical Entry Scheme (Army TES). TES is open for all such candidates who have qualified 12th standard in Science stream. The selected candidates are admitted to engineering course by the Army and they are appointed directly on the Rank of Lieutenant after the successful completion of the course. Total Selection Process and eligibility given in this article.

For Army Technical Entry Scheme candidates are being selected through the interview process. Applied candidates are called for then interview as per the merit list prepared on the basis of the marks obtained in 12th standard.

1) Army Technical Entry Scheme interview process is being conducted by the Army Staff Selection Board (SSB).
The interview process carries on for five days during which candidates appear for the Psychological Test, Group Test and Interview.

4) The selected candidates are given a five years’ training out of which first year is conducted at the Officer Training Academy (OTA),
Gaya (Bihar). The training at OTA is also called the Basic Military Training.

5) After the completion of Basic Military Training, candidates are given four years training in two phases out of which
three years in Phase-1 and remaining one year in Phase-2. 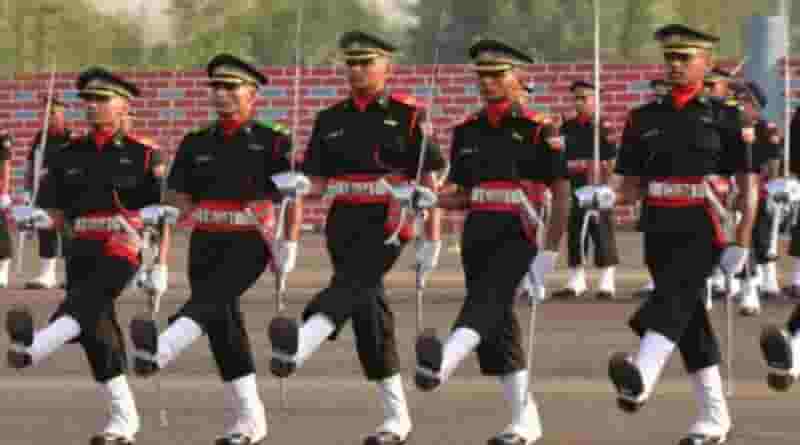 i) Phase-1 Training is also known as the Pre-Commission Training. This training carries out for three years. Phase-1 training is
conducted at CME, Pune (Maharashtra) or MCTE, Mho (Madhya Pradesh) or MCEME, Secunderabad (Telangana).

i) Phase-2 Training is also known as the Post-Commission Training. This training carries out for one year. Phase-2 training is conducted at MCTE, Mho (Madhya Pradesh) or MCEME, Secunderabad (Telangana)

ii) There are total eight semesters in aggregate of two phases and candidates are required to qualify all semesters. After the successful completion of training, candidates are awarded the engineering degree.

iii) Candidates awarded the Engineering degree are awarded Permanent Commission in Army Engineering Core to start as Lieutenant. Two years after the joining as Lieutenant,officers are promoted to Captain and on higher ranks in subsequent years.

A candidate gets Rs. 8785/- per week stipend during his training at Officers Training Academy, Gaya and Cadet Training Wing. After the completion of Training and getting Permanent Commission, officers on Lieutenant rank gets salary as per the Level-10 of the Seventh Pay Commission i.e. Rs.56,000/- to Rs. 1,77,500/- per month as their basic pay. Apart from that Officers are also given many allowances and benefits, e.g. Military Service Pay, Qualification Grant, Flying Allowance, Dearness Allowance, Kit Maintenance Allowance, High Altitude Allowance, Siachen Allowance, Uniform Allowance, Transport Allowance, Children Education Allowance, Free Ration, Medical Facilities, etc.

According to the official notification, candidates need to bring the photocopies of the following documents when called for the SSB interview. Candidates can go through the list of the prescribed documents just in case not to forget any important documents needed at that time:

Note: Two self attested photocopies of the certificates mentioned will be submitted at the time of SSB interview and originals will be returned after verification at the SSB itself.

A medical exam is a Major stage of the selection process, which conduct to qualify medically fit candidates go for the CEE exam of Indian Army TES. Military doctors check legs, hands, eyes, ears and other body parts to find that candidates are medically fit or not for TES post joining.